I cycled away from Mae Sot, heading east. The roads were a stark contrast to those of Myanmar, a visual demonstration that Thailand is one of the region’s wealthier countries.

I began the day by cycling up and down a series of hills – not very high (a few hundred metres at most) but enough to make me sweat, due to the rising humidity. After all, these were not just any hills, as a sign informed me – these were magic hills! 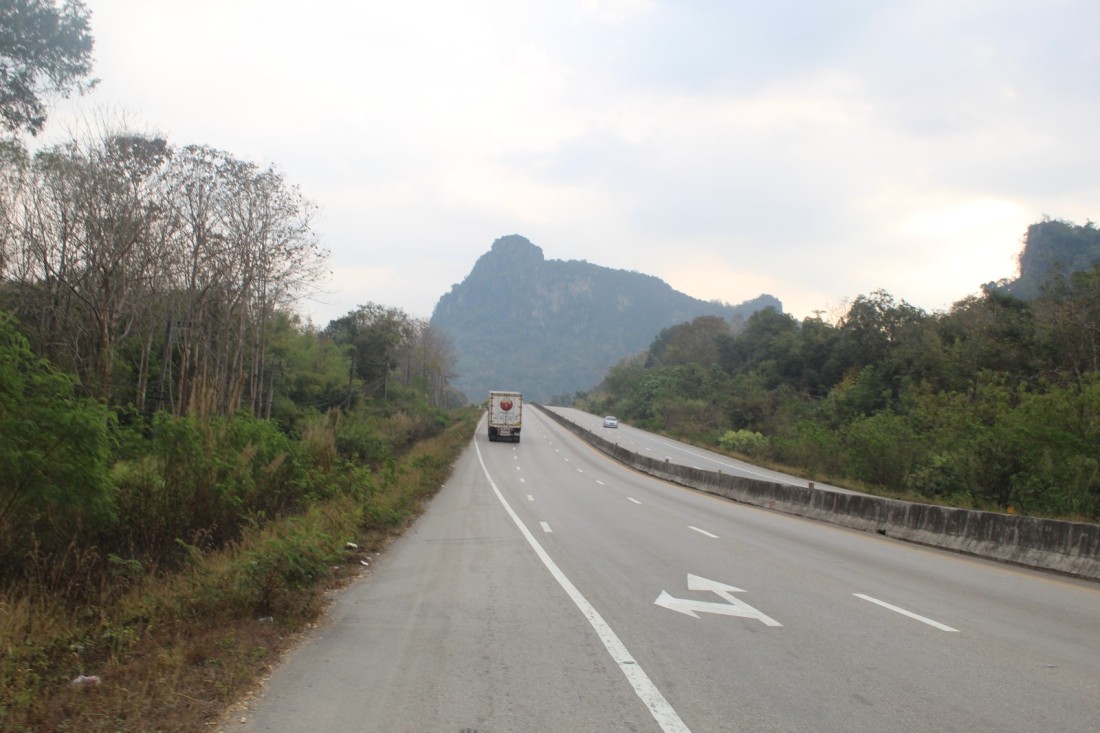 When I reached the town of Tak, I stopped at a Tesco. In Thailand these are huge, much bigger than my local Tesco back home. The supermarket is on the second floor, with a range of shops and eateries on the ground floor. Most importantly, it’s all air conditioned! I took my time at KFC before getting some things from the supermarket.

On my way back out, I saw a touring bike and went over to greet the cyclist. “We’ve met before, haven’t we?”

“You do look very familiar,” I agreed. When he gave his name, Chris, I realised where we knew each other from. We’d stayed in the same hotel in Pokhara, Nepal, before I rode the Annapurna circuit – about two months earlier. The world of cycle touring can be a small one at times!

Chris was feeling ready for a break and planned to take a bus to Bangkok, so we said goodbye and I rode on alone. While the road was going through Tak, the shoulder was converted to a bike lane, separated from the road by a biking lane. It’s a nice idea, even if (after I took this photo) I did see people driving cars down it in the wrong direction. 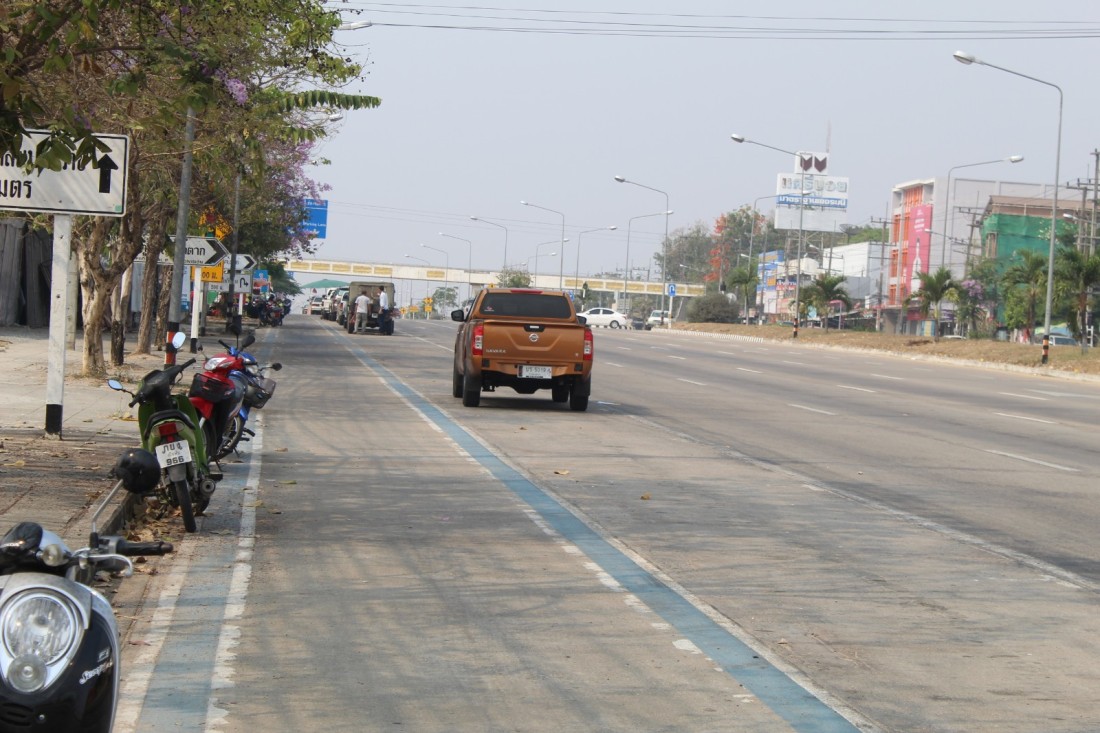 I continued riding to Sukhothai, the first capital of Siam, Thailand’s precursor. I checked into hotel and, in the morning, went to see the ruins. 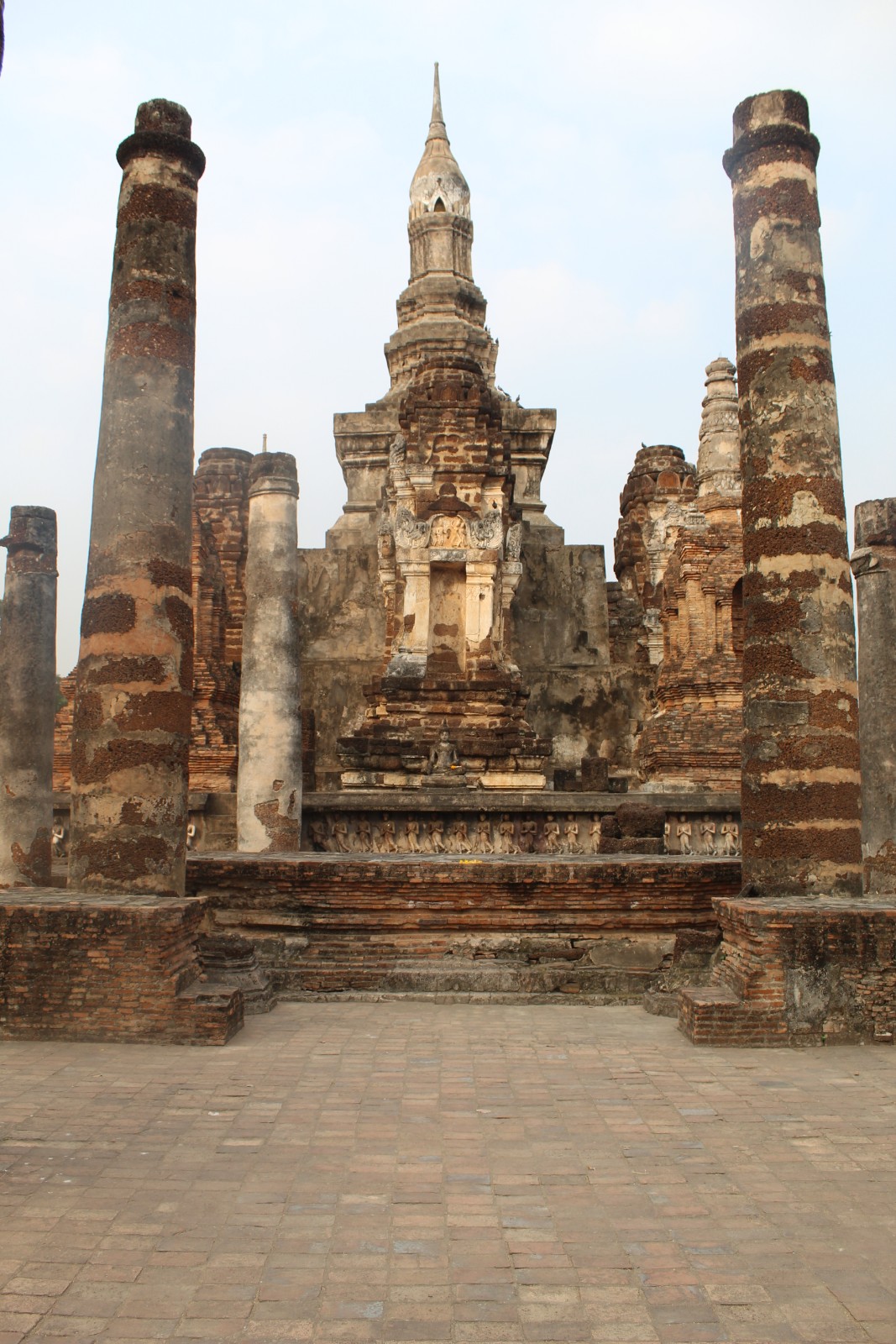 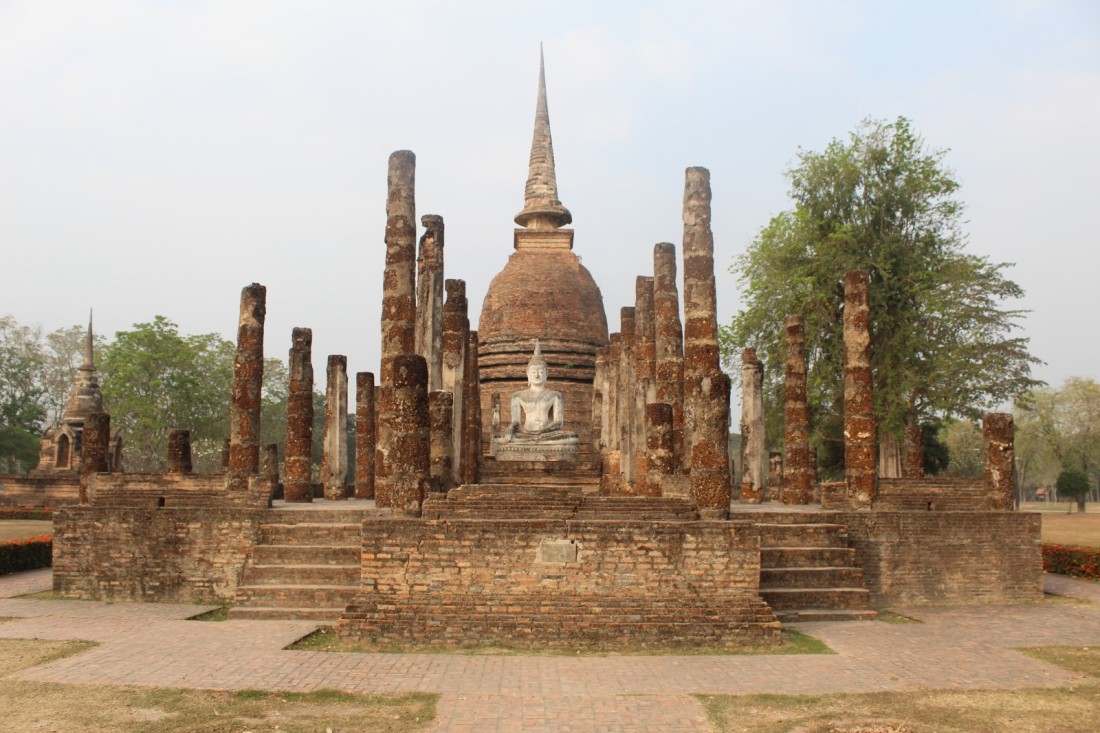 I spent several hours hanging out at the hostel, resting and catching up on some writing. It was well into the afternoon by the time I left.

I could hear my front brake rubbing, but it wasn’t touching the brake pads. It took me a while to figure out the problem: the hub. The hub bearings have been wearing out for a long time – I was told they wouldn’t last more than a couple thousand kilometres from Russia. I kept on tightening the cones to take up the slack. I’d now tightened them so much that the hub was narrower, and this meant the brake rotor was closer to the fork. It wasn’t rubbing on the brake pads, but on the brake calliper itself.

I decided to ride to Phitsanulok and try to find a bike shop. Due to the time spent working on the wheel, I wouldn’t be able to make it before it got dark. I considered riding past sunset, but eventually did the sensible thing and wandered off from the road to set up camp. It’s getting warmer now, and I was sweating for a couple of hours past sunset. My air mattress isn’t working, so I’m sleeping directly on the ground, which at least makes it a bit cooler.

I’d looked up bike shops in Phitsanulok, the next city, and had identified Cycle Mania as most likely to have the parts I needed. It was a coincidence, then, to meet a group of road cyclists with jerseys saying “Cycle Mania team 2020!” They had quite nice bikes so I was hopeful the shop would have good hubs.

Unfortunately, the shop was almost too good! They only had parts for road cyclists, who wouldn’t use so heavy-duty a wheel as mine. There were no 36-spoke hubs, so I would need to replace the whole wheel – and the wheels came as a set, front and rear. It would cost $300 for a 28-spoke front wheel and a 32-spoke rear wheel. I decided to wait until Bangkok, and hope to find a 36-spoke hub there. In the meantime, I picked up some washers which solved the rotor-rubbing problem.

I set off cycling again. The riding was enjoyable enough, but not really exciting to have much to write about. 7-Elevens were a frequent stopping point, with welcome air conditioning and toasted sandwiches! 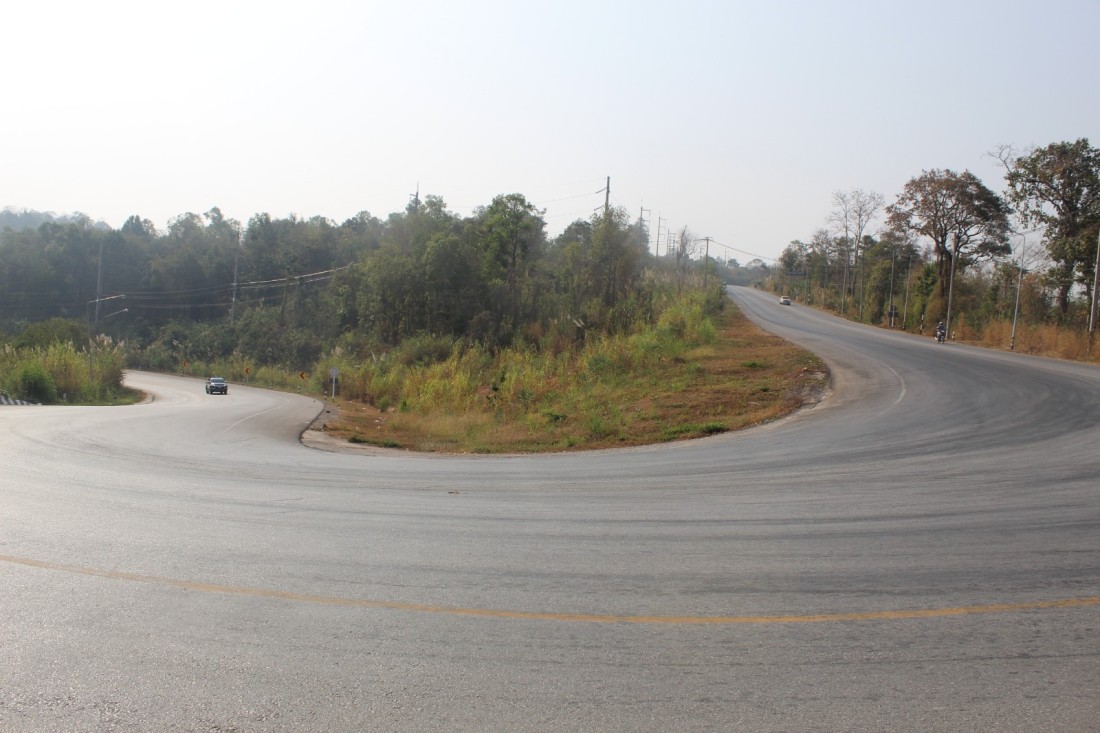 After a couple of days, I reached the Mekong River. The Mekong is Southeast Asia’s most important river, and the twelfth longest in the world. Here it marks the border between Thailand and Laos.

I rode parallel to the river for another hour, to the town of Nong Khai, where there is a bridge to Laos. I’ll cross that bridge when I get to it, though; for now I checked into a hotel.